Isn't it sad that something so ordinary looking and un-amazing like these plain statues were worshiped by countless masses of people, including the Israelites, during the times of the Old Testament?

God sent a drought to get the Israelites' attention...in a miraculous way!

Mount Carmel has been held as a sacred location for thousands of years, not just for the worshipers of Baal, but also to many other religious groups. 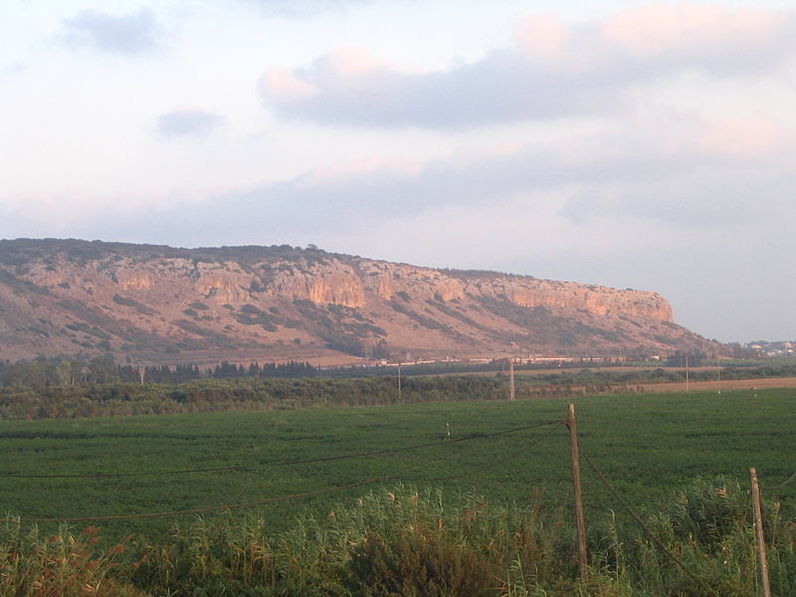 Mount Carmel was the stronghold of the Essenes from Galilee.  They used it as a place of protection due to the many natural caves occurring here, during times of ridicule and assault.  Originally, Mount Carmel was used to worship the LORD God at an altar, although the altar had been removed or destroyed by the time Elijah came onto the scene.  Elijah rebuilt the altar to the LORD God.

Thutmose III of Egypt considered Mount Carmel a "high, holy place" when he listed the extent of his properties and national boundaries.

Pythagorus, of ancient Greece, considered Mount Carmel the most holy of all mountains, and mentioned that access was forbidden to many because of its sacredness.

Vespasian, of ancient Rome, visited Mount Carmel to consult with an oracle.

After Ahab and Elijah held their alter "contest", a community of Jewish hermits lived at the site from the time of Elijah until the Carmelites, a Catholic religious order, were founded there in the 12th century.

The Ahmadiyya Muslim Community has its largest Israeli mosque on Mount Carmel known as the Mahmood Mosque in Kababir.